Foundation Board of Directors

The Otis Redding Foundation Board of Directors were carefully selected. Each member is an active member of the community and are advocates of empowerment. 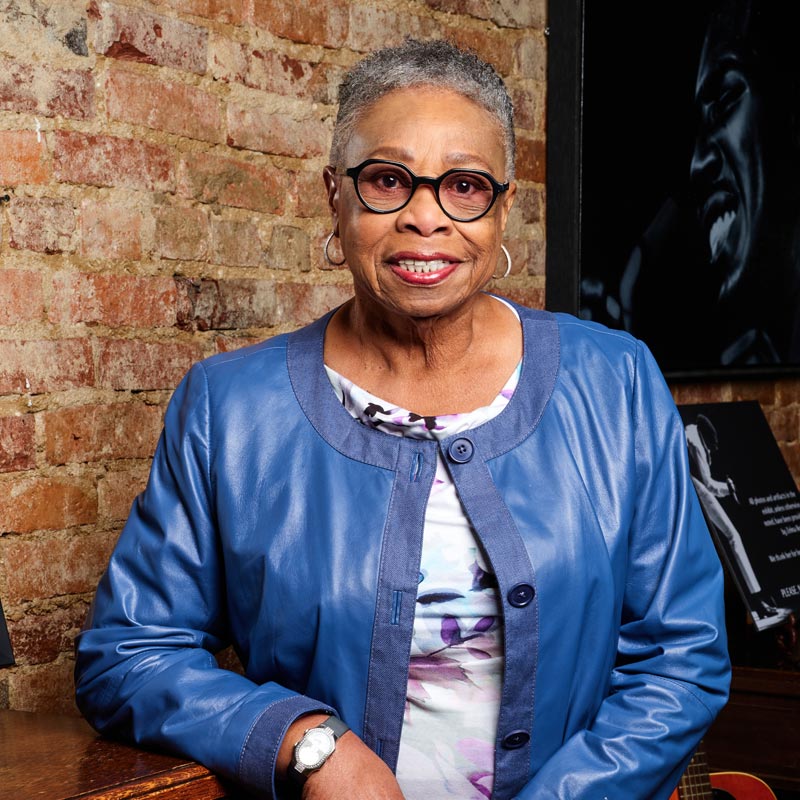 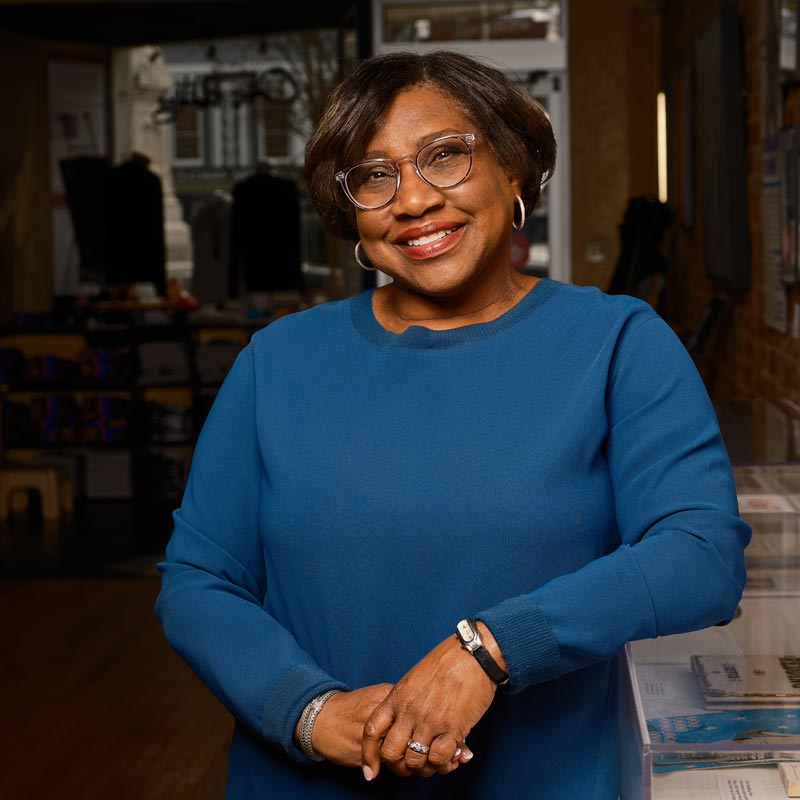 Karla Redding-Andrews, a native of Jones County, Georgia, has a passion for education paired with music and the arts.  She graduated from Georgia Southern University in 1985 with a BS in Public Relations and remains an active alum, serving on the Public Relations Advisory Board. In addition to her role with the Foundation, Redding-Andrews, oversees the day to day operations of the Foundation whose motto is ‘Progress through Education-Enlighten through Music & the Arts`.  In addition, and with her mother Zelma, they oversee the massive catalog of works for Otis Redding along with requests for use of his name, image and likeness.

Karla currently serves as the vice-chair of the Georgia Music Foundation and is a member of the Leadership Macon Class of 2015 and a member of the Macon Rotary Club. She serves on the Robert McDuffie Center for Strings Board of Visitors at Mercer University and the boards of the Community Foundation of Central Georgia, Central Georgia Technical College, the Georgia Intellectual Property Association and the International Cherry Blossom Festival.  She most recently was appointed to Macon, Ga’s Bicentennial Commission appointed by Mayor Lester Miller.

Karla received the Macon Arts Alliance Cultural Award in 2016. In 2018, she received The Women’s International Music Network’s “She Rocks Award.” Her alma mater, Georgia Southern University, awarded her with the inaugural “Shine, Black Girl, Shine” Black Women Empowerment Award from the Office of Multicultural Affairs as the Coordinator of Diversity Education and Program Outreach in 2019.

Redding-Andrews and husband Timothy have two sons, Justin and Jarred. 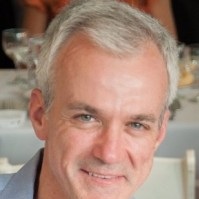 Jeff is an international communications expert who previously ran the global corporate communications departments for BellSouth, Delta Air Lines, and Level 3 Communications. He is the founder and administrator of the Macon chapter of the Major League Baseball initiative RBI (Reviving Baseball in Inter Cities). Jeff has spent the substantial portion of his adult life helping Georgia’s less fortunate citizens. He is also a member of the Macon Sports Hall of Fame.” Otis Redding loved Macon. Helping and inspiring the youth of Macon was very important to him. To be part of continuing that legacy with the Redding Family is a privilege and an honor.” 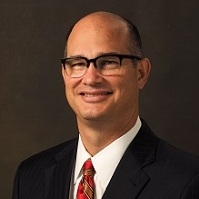 Stephen J. Daugherty is the Chief Executive Officer of Piedmont Health System in Macon, Georgia. Originally, from Oklahoma, Steve has worked with HCA Healthcare for 29 years and has over 18 years of administrative experience, the last five years spent in Macon. Steve received his MBA from Florida Gulf Coast University and has a Bachelor’s in Biology from Augustana College in Sioux Falls. He also has a diploma in Medical Technology recognized by the American Society of Clinical Pathologists. Steve serves on several boards in Macon including the United Way of Central Georgia and the Middle Georgia State University Foundation. 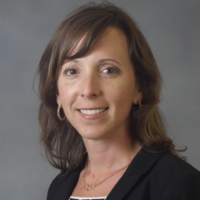 Andrea Griner is the Vice President for Economic Development at Central Georgia Technical College. In this role, she leads the Office of Economic Development in serving the College’s eleven county service area by ensuring comprehensive business and industry training and continuing education learning opportunities are available and aligned to support the needs of individuals, communities, businesses and industry. Andrea also provides assistance to community leaders and development authorities by supporting the recruitment of new businesses and the expansion of existing industries in the middle Georgia region. 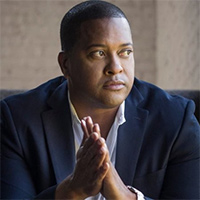 Proud Veteran of the United States Air Force. Chris is Managing Member of Celeron LLC, a Business Development Consulting firm that specializes in finding a good fit between a product or a service and a market demographic for clients and community partners. We partner with private and public entities to assist with identifying new business opportunities and devising sales strategies and implementing them for growth.

Excellent speaker and trainer with a keen understanding of people. His unconventional and innovative views on business and leadership will leave you both amazed and refreshed. Chris understands the connection between results and business growth.

He has spoken across the United States to various trade organizations as well as local chamber events, and he brings a unique world view and personal experiences in life and business to his talks, courtesy of his military background. Chris is active on Social Media as well as in his local community. He also serves on the Governing Board for the Academy for Classical Education in Macon, GA. 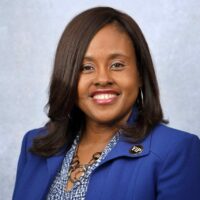 Dr. Tanzy Kilcrease is a dedicated and passionate educator who served as the Assistant Superintendent of Teaching and Learning for the Bibb County School District for six years, transitioned to Chief of Staff and has currently accepted a position as the Program Manager with the Georgia Department of Education. Her love for children inspires her work in education. In fact, she left the field of journalism in order to return to school and realize her true calling in education. Dr. Kilcrease is a native of Macon, Georgia with a musical background amongst her family. She is the proud wife of Antwon Kilcrease, a supervisor for Progressive Insurance Company, and she is a proud mother of three Bibb County School District graduates and two grandchildren. 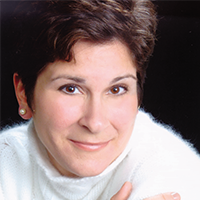 Dr. Lanning is noted for her rich, distinctive sound. She has performed in recital, opera, and oratorio throughout the U.S. and in France. Symphonic appearances include the Central Florida Symphony, Valdosta Symphony, Georgia Symphony, Albany Symphony and Macon Symphony. She was named Young Artist of the Year by the Gretchen Bunche Endowed Recital Series and received the Irvin Bushman Award at the National Association of Teachers of Singing Artist Auditions. As a member of Robert Shaw’s Chamber Singers and Festival Singers, she has performed several times at Carnegie Hall.

An active choral conductor, Dr. Lanning has presented choral master classes and clinics throughout Georgia. She is a Professor and Coordinator of Music at Middle Georgia State University. 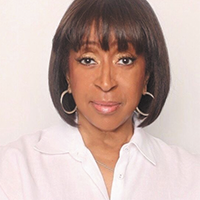 Karen E. Lee’s enviable career in media relations management and artist development spans more than 20 years and was acknowledged in 2019 when she was presented with the Media Award at the Living Legends Foundation Gala in Los Angeles. 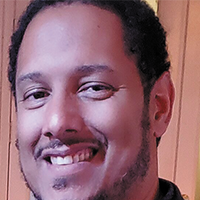 Michael is the owner and operator of Premier Audio Services a professional sound and lighting company in the Atlanta Georgia area. Michael has been involved in music and live audio since his high school years, where he played the drums and was responsible for setting up the sound system for the jazz band and school events. He founded Premier Audio Services after moving to Atlanta in 2001. He has become a well sought out engineer and has worked with Grammy award winning musicians and artists. Michael believes in sharing his knowledge to uplifting others. He has mentored young engineers who have now become owners of their own companies and helped add skill set to those with an existing company. He has engineered for Eve, Angie Stone, Kelly Price, Pastor Troy, Kenny Lattimore and many others, and has served as a broadcast engineer for Patty LaBelle, Michelle Williams (Destiny’s Child), Tyrese, and more.

“To continue Otis Redding’s legacy, is to continue inspiring our youth in keeping the performing arts alive.” 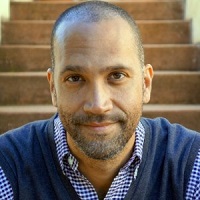 With a proven track record of more than 20 years of creating and executing successful marketing campaigns for established global brands, Arron Saxe deeply understands the importance of smart connections and sound strategy.

Seeing that there was a need for Black families to have their legacies properly carried forward, Arron started his own firm, Kinfolk Management + Media, in 2017. Among Kinfolk’s current clients and project partners are
the Estate of Otis Redding, the Estate of Donny Hathaway, the Estate of Tupac Shakur, RZA/Wu-Tang Clan, Q-Tip/A Tribe Called Quest, and Earth, Wind & Fire. Kinfolk Management + Media also has a development deal with Endeavor Content, focusing on music-based projects in the film, television, and live sectors.

Arron is a proud board member of the Otis Redding Foundation, carrying through their mission to empower young people through programs focusing on music, writing, instrumentation, and the business at large. In addition, he is also a member of BLD PWR, which engages pop culture, education, and activism to build and train an inclusive entertainment community to advance radical social change. Arron resides in Los Angeles with his two children. 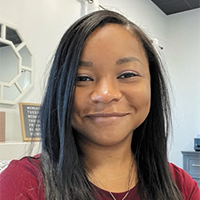 As CFO of ShuBee, Stacey Timothy oversees the Accounting department and all financial aspects of the company including financial planning, budgeting, compliance and daily accounting activities. Stacey has spent the past 14 1/2 years at ShuBee Inc, starting out as Accounting Manager and moving up to Chief Financial Officer.

Stacey is currently a board member and the chair of the Diversity and Inclusion committee with the Central Midwest Georgia chapter of The American Red Cross. Her main focus as chair is to educate the African American community on Sickle Cell disease and the importance of being blood donors.

She is also a graduate of Leadership Macon, class of 2019.

“The Otis Music Camp has made a tremendous impact on my son’s life and his love for music and honing his talent. He absolutely loves the camp, the campers, the coaches and the foundation in general. Our experience over the past 4 years has been nothing but rewarding and I would love to be a part of giving that same experience to other families.” 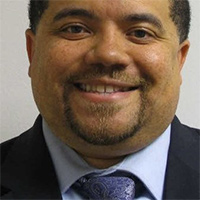 Dr. Kevin B. Williams is the former project coordinator for the Injury Prevention Center at Hughes Spalding Children’s Hospital in Atlanta, Georgia, where he taught health education to patients, parents and staff. His other responsibilities included managing a grant from the Robert Woodruff Foundation, data collection and evaluation of program and research activities.

Kevin Williams was an entrepreneur from 1993 – 2006 serving as the former president and CEO of Uplift Enterprises Inc., a management, special events, and production company. His current research focus is on African American students living with Learning Disabilities, and the health and education outcomes of those students. Other research interests of Dr. Williams include health services research, health workforce research, and health policy research and leadership.