Otis Music Camper Dakarai Williams (AKA DKOMX ) and Otis Music Camp Coach Vinson Muhammad (AKA ALäZ ) have recorded a collaboration at the Otis Redding Center for Creative Art for highly successful retired Music Executive Shanti Das, who also appears on the track. The song, titled “It’s Okay (Silence the Shame),” will be released on National Mental Health Awareness Month and National Silence the Shame Day, May 5, 2019.

Vinson Muhammad is ALäZ (One who belongs to God; All Love älwayZ). Born and raised in Macon, Ga., he is a graduate of Morehouse College and an award-winning artist, composer, and host. His work has been featured by All Def Music, Sofar Sounds, the Grammy Museum, and the Final Call. He has opened up for and worked with artists such as KRS-One, Vic Mensa, Erykah Badu, Bobby Brown, Bootsy Collins, and Snoop Dogg. He serves as executive director of The Coollab Project in Santa Ana, CA and the Real Talk Hip Hop Summit in Macon, GA.

An advocate for many social issues and service projects for the past 9 years, she decided to establish her very own nonprofit, The Hip-Hop Professional Foundation, Inc. The mission of the foundation is: To empower and enrich the lives of those in underserved communities around mental health, youth empowerment and poverty.

The foundation’s mental health movement is Silence the Shame. Shanti has suffered from depression over the years and has also experienced loved ones affected by mental health disorders. With Silence the Shame, she hopes to peel back the layers of shame and stigma as it relates to mental health. Visit www.silencetheshame.com to learn more and join the movement.

Dakarai Williams, an honor student at Mount de Sales Academy in Macon, Ga., has also been working on his academic career, and will be a Delegate to the Congress of Future Medical Leaders in Boston, Mass. The full press release is below:

LIZELLA — Dakarai Williams, a 10th grader at Mount De Sales Academy of Macon will be a Delegate to the Congress of Future Medical Leaders in Lowell, MA on June 23-25, 2019. The Congress is an honors-only program for high school students who want to become physicians or go into medical research fields. The purpose of this event is to honor, inspire, motivate and direct the top students in the country who aspire to be physicians or medical scientists, to stay true to their dream and, after the event, to provide a path, plan and resources to help them reach their goal. Dakarai’s nomination letter was signed by Dr. Mario Capecchi, winner of the Nobel Prize in Medicine and the Science Director of the National Academy of Future Physicians and Medical Scientists to represent Georgia based on his academic achievement, leadership potential and determination to serve humanity in the field of medicine.

During the three-day Congress, Dakarai Williams will join students from across the country and hear Nobel Laureates and National Medal of Science Winners talk about leading medical research; be given advice from Ivy League and top medical school deans on what to expect in medical school; witness stories told by patients who are living medical miracles; be inspired by fellow teen medical science prodigies; and learn about cutting edge advances and the future in medicine and medical technology.

“This is a crucial time in America when we need more doctors and medical scientists who are even better prepared for a future that is changing exponentially,” said Richard Rossi, Executive Director, National Academy of Future Physicians and Medical Scientists. “Focused, bright and determined students like Dakarai Williams are our future and he deserves all the mentoring and guidance we can give him.”

The Academy offers free services and programs to students who want to be physicians or go into medical science. Some of the services and programs the Academy offers are online social networks through which future doctors and medical scientists can communicate; opportunities for students to be guided and mentored by physicians and medical students; and communications for parents and students on college acceptance and finances, skills acquisition, internships, career guidance and much more.

The National Academy of Future Physicians and Medical Scientists was founded on the belief that we must identify prospective medical talent at the earliest possible age and help these students acquire the necessary experience and skills to take them to the doorstep of this vital career. Based in Washington, D.C. and with offices in Boston, MA, the Academy was chartered as a nonpartisan, taxpaying institution to help address this crisis by working to identify, encourage and mentor students who wish to devote their lives to the service of humanity as physicians, medical scientists. 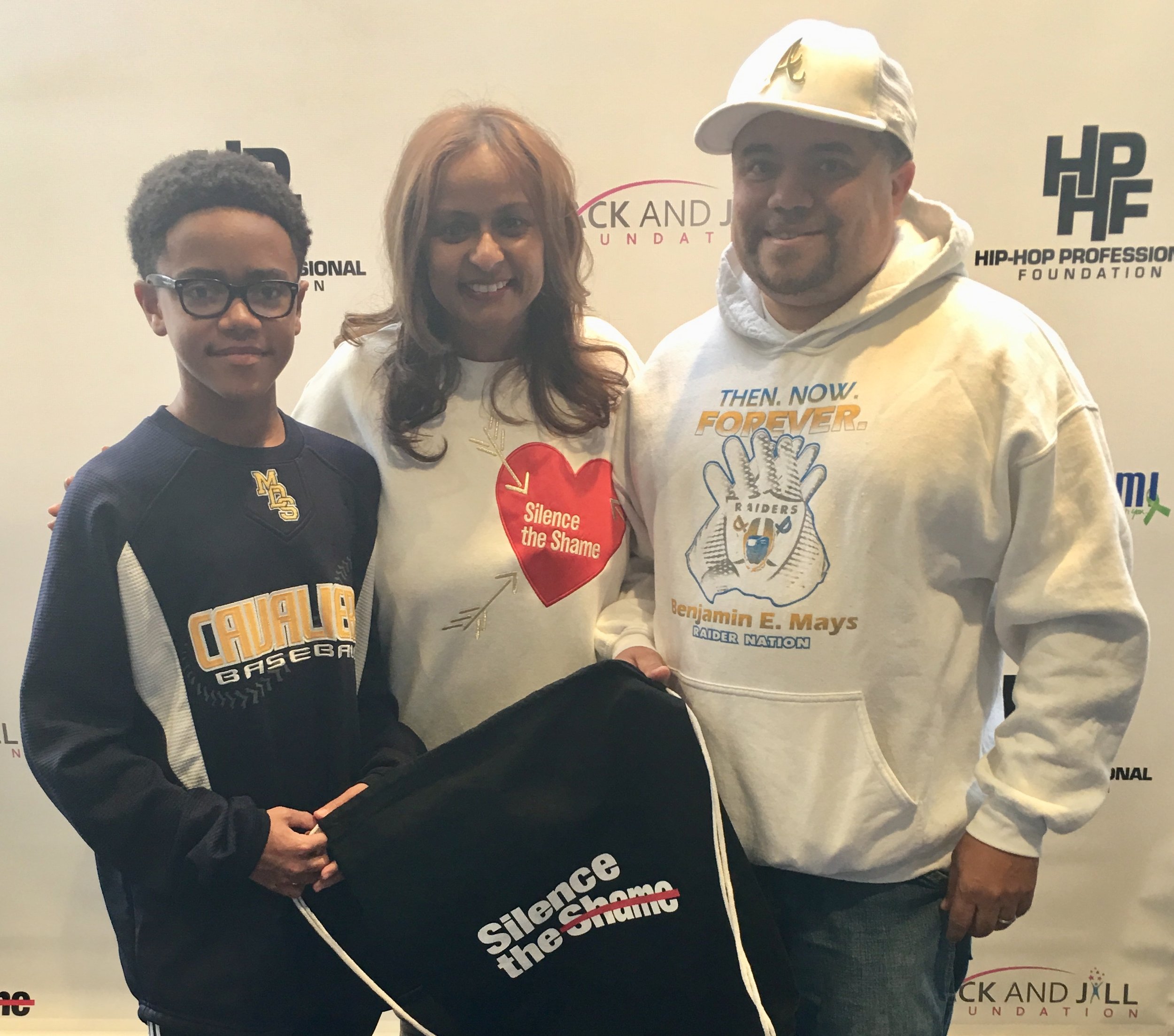 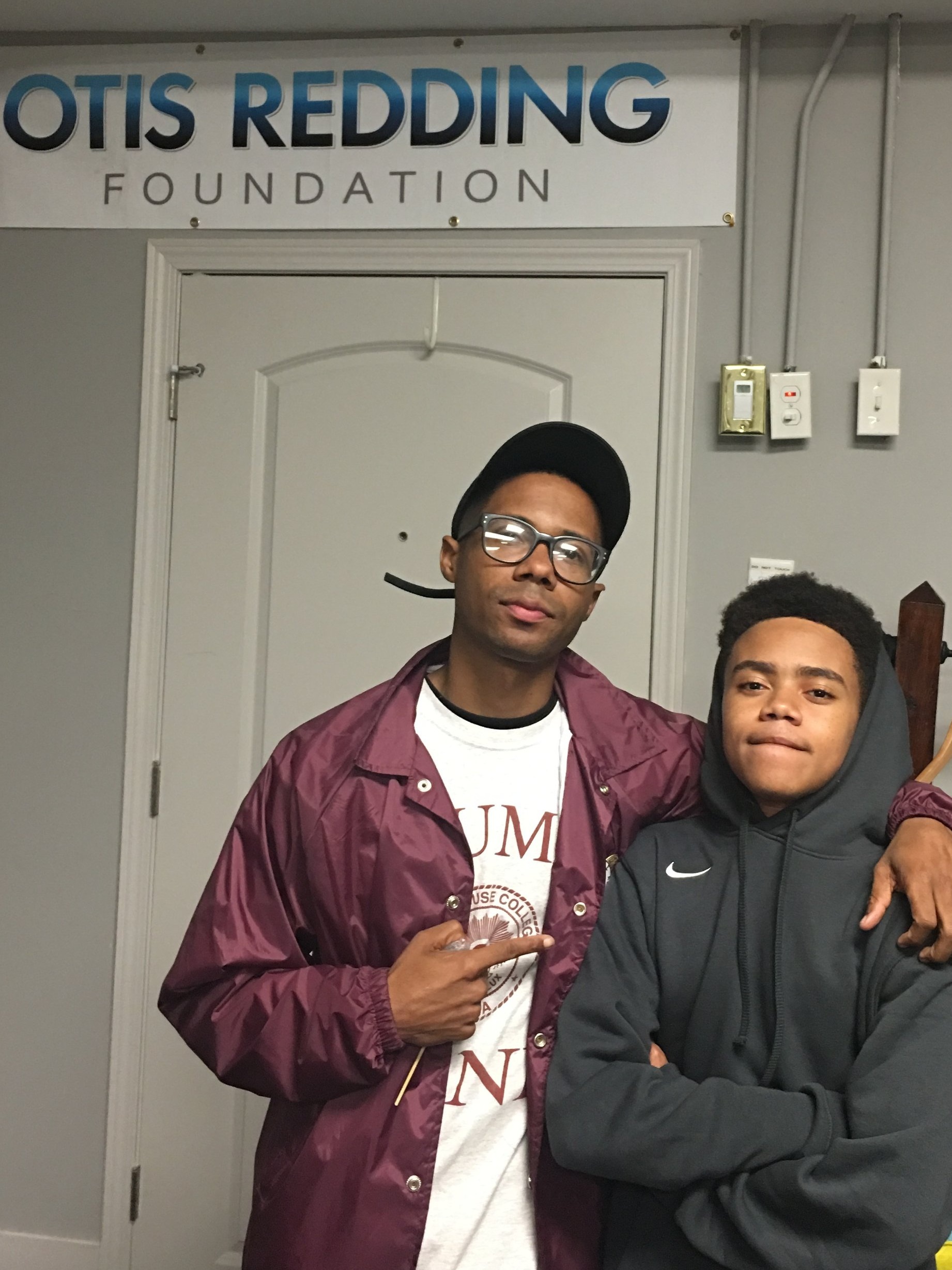 Vinson Muhammad and Dakarai Williams at the Otis Redding Center for Creative Arts, where the song was recorded.