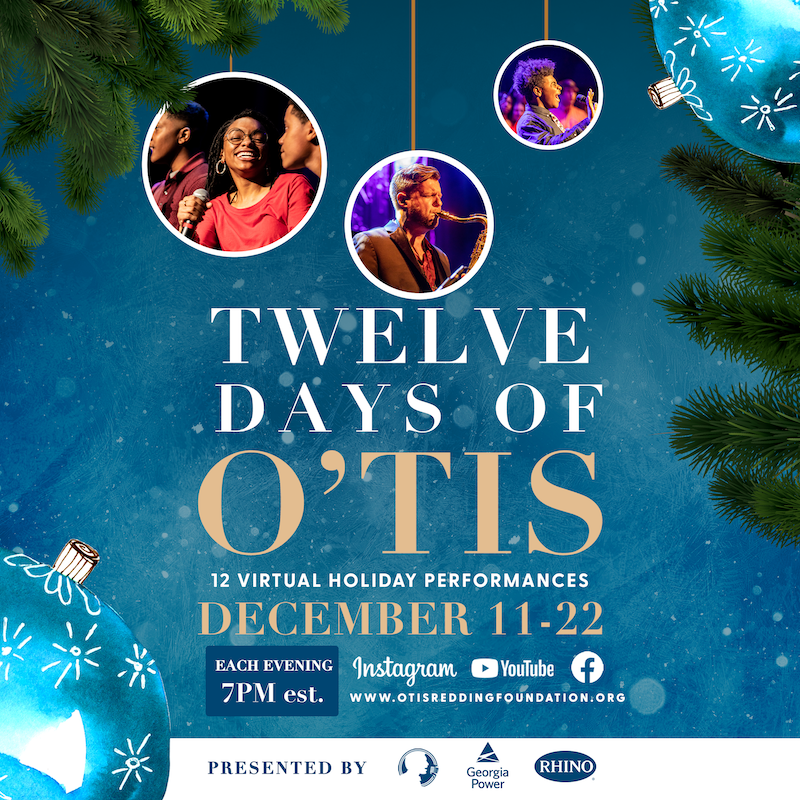 Due to restrictions surrounding COVID-19, the Otis Redding Foundation’s annual holiday fundraiser, O’Tis The Season, will be virtual with 12 evenings of performances streamed nightly from the newly redecorated Otis Redding Center for Creative Arts (ORCCA) December 11- December 22 at 7 p.m. Each night will feature performances from different students and coaches from the Foundation, as well as some very special guests. Performances will be streamed on social media platforms (Facebook, Instagram, and YouTube).

“Every year we love bringing the holiday spirit with O’Tis The Season, so we knew we had to come up with some way to make it happen,” said Kimberly Kelsey Epps, Director of the Otis Redding Center for Creative Arts. “Thanks to our amazing sponsors, Georgia Power and Rhino Records, we were able to record safely at the Center and have enough performances for 12 nights.”

“We’ve had to cancel so many performances this year,” says Karla Redding-Andrews, VP/Executive Director of the Otis Redding Foundation. “So it was really important for us to find a way to bring the festive spirit to everyone somehow this season.”

In past years, O’Tis The Season has featured special performances from Chuck Leavell, Jasmine Habersham, and Lamar Williams Jr., as well as Otis Music Camp coaches and campers, Center students and instructors, and the DREAM Team.