The Redding Estate and the Otis Redding Foundation partner with United Way of Central Georgia and others to bring over 1,000 copies of the children’s lyric book “Respect” to Middle Georgia youth

MACON, GA- The Redding Estate and the Otis Redding Foundation have teamed up with Middle Georgia organizations to distribute over 1,000 copies of the “Respect” children’s lyric book to at-risk and in-need youth in the community of Middle Georgia, including children in the Tindall Heights community where Otis Redding grew up.

United Way of Central Georgia, Navicent Health Foundation, Jones County School District and more have joined the Foundation in its mission to bring this book of positivity and joy to the hands of as many children as possible. The Foundation and its partners will lead a “Read for Respect” day on October 15, 2020, when books will be distributed to third graders across Middle Georgia.

“We love seeing the words and music of Otis Redding reaching a new generation,” says Karla Redding-Andrews, daughter of Otis Redding and VP/Executive Director of the Otis Redding Foundation. “And to have it tie into the focus of literacy in our community is so very important to the Foundation, my family, and the legacy of my father.”

With illustrations by Jamaican artist Rachel Moss, this book shows a young girl, her brother, and her parents conjuring as many positive futures for each other as they can dream.

“Respect is a positive book, about coming together to support our children’s dreams and empowering our girls to be anything they can put their minds to,” says artist Rachel Moss.

The book includes a ten-question discussion guide, “What Does Respect Mean to You?” to help caregivers and children continue to reflect on the meaningful message the song lyrics instill in the reader and listener.

“Respect” was originally written and recorded by Otis Redding in 1965. Aretha Franklin’s iconic rendition later peaked at #1 on Billboard’s Hot 100 chart. The Otis Redding Estate and the Otis Redding Foundation collaborated with Akashic Books and LyricVerse to publish the song lyrics of “Respect” by Otis Redding as one of the titles in its LyricPop series. The book will be published on October 6, 2020.

Akashic Books is a Brooklyn-based independent publisher known for groundbreaking work such as the children’s picture book I Love You Too by Ziggy Marley and literary fiction by Booker Prize–winning authors Marlon James, Bernardine Evaristo, and Ben Okri. It launched the LyricPop series of children’s books based on famous song lyrics by renowned songwriters in June 2020. To learn more, visit akashicbooks.com. 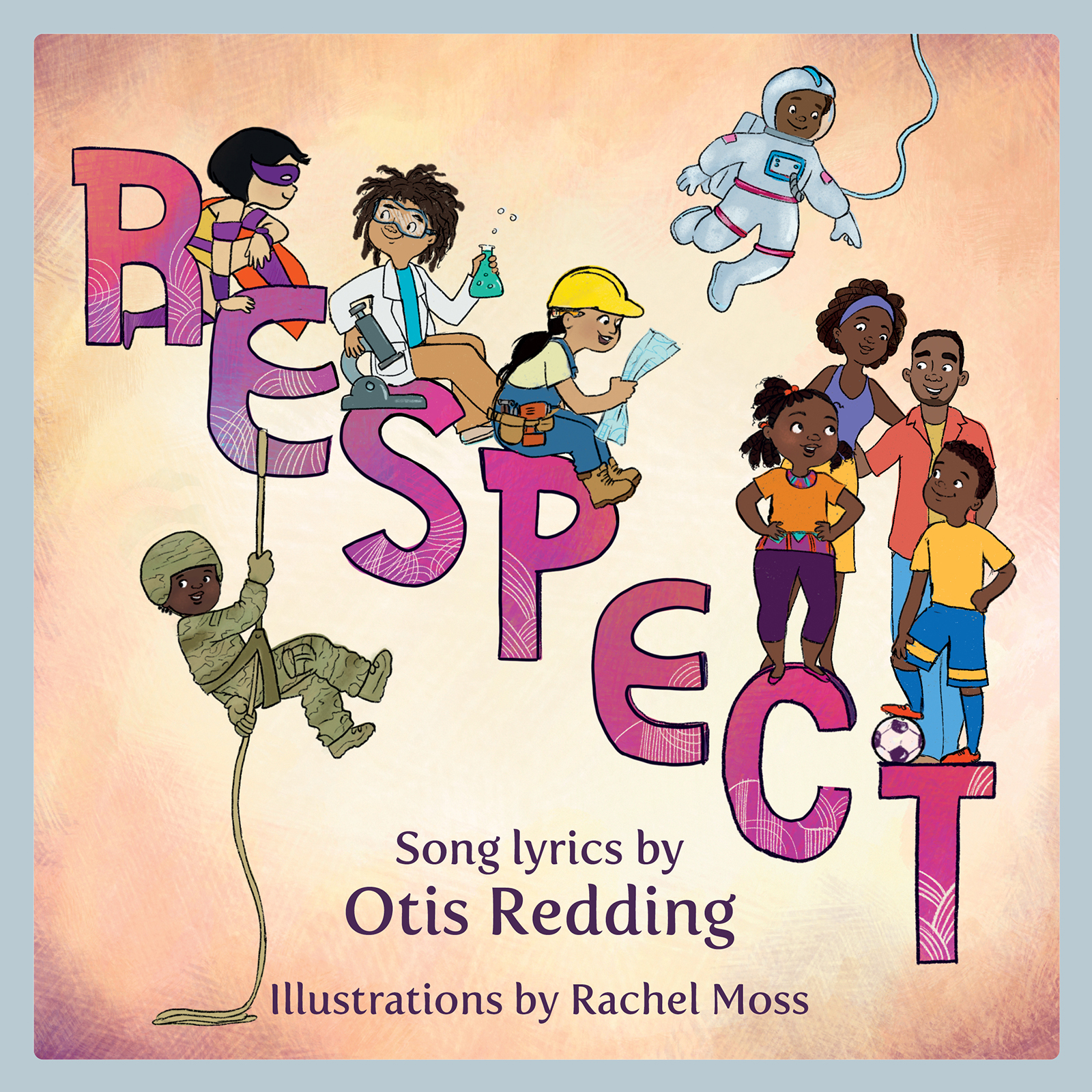