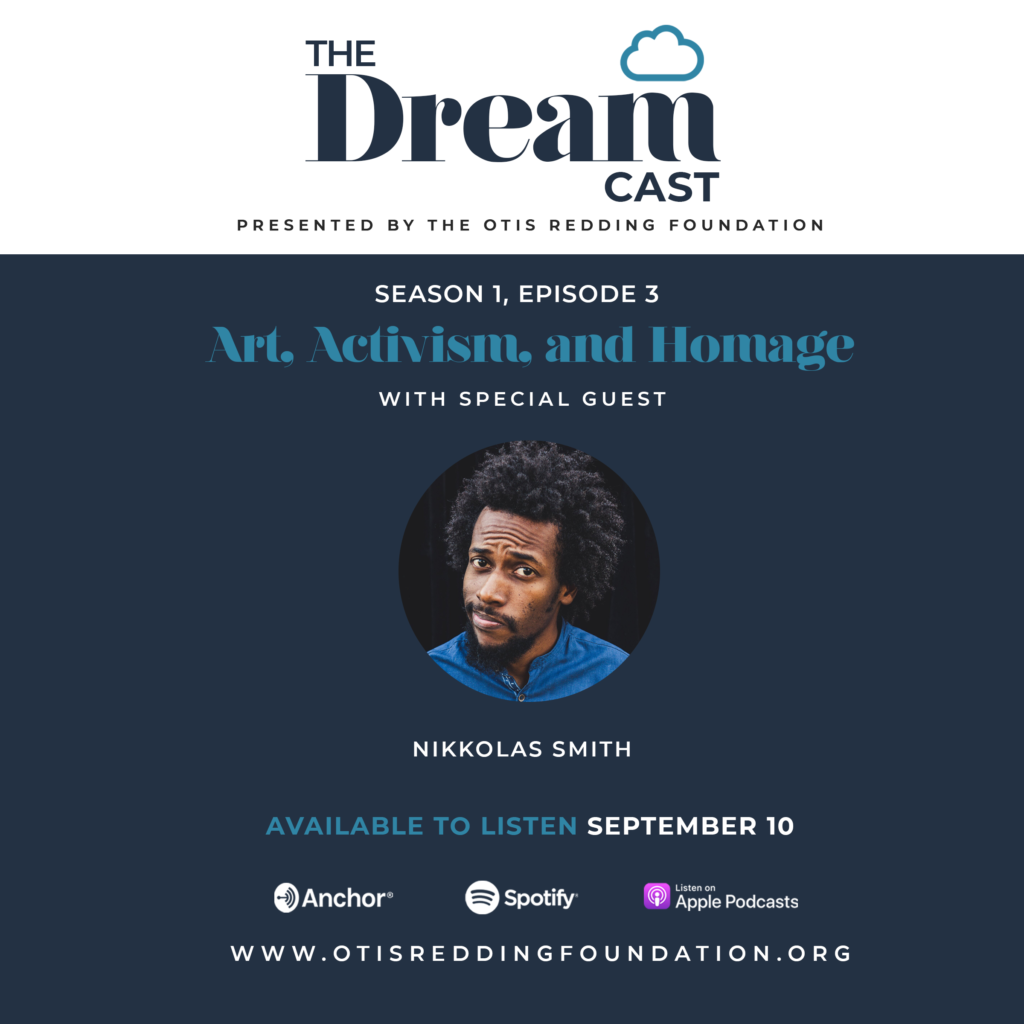 In Episode 3 of the DREAMcast, our podcast team interviews Nikkolas Smith, self described Artivist and creator of the image for the new vinyl release entitled “The Best Of Otis Redding,” released as a clear vinyl exclusively for Barnes & Noble on September 4 and black vinyl everywhere on September 18.

A former architect turned concept artist and illustrator, Nikkolas shares with the DREAMcast the inspiration behind his Sunday Sketches, such as the controversial depiction of Dr. Martin Luther King, Jr in a hoodie to the light hearted portrayal of the Obamas as the Incredibles. Our student journalists delve into Nikkolas’ journey to discovering and pursuing his passion and imbuing his work with his mission to do his part to bring about change and justice in the world.

by DREAMcast | Season One