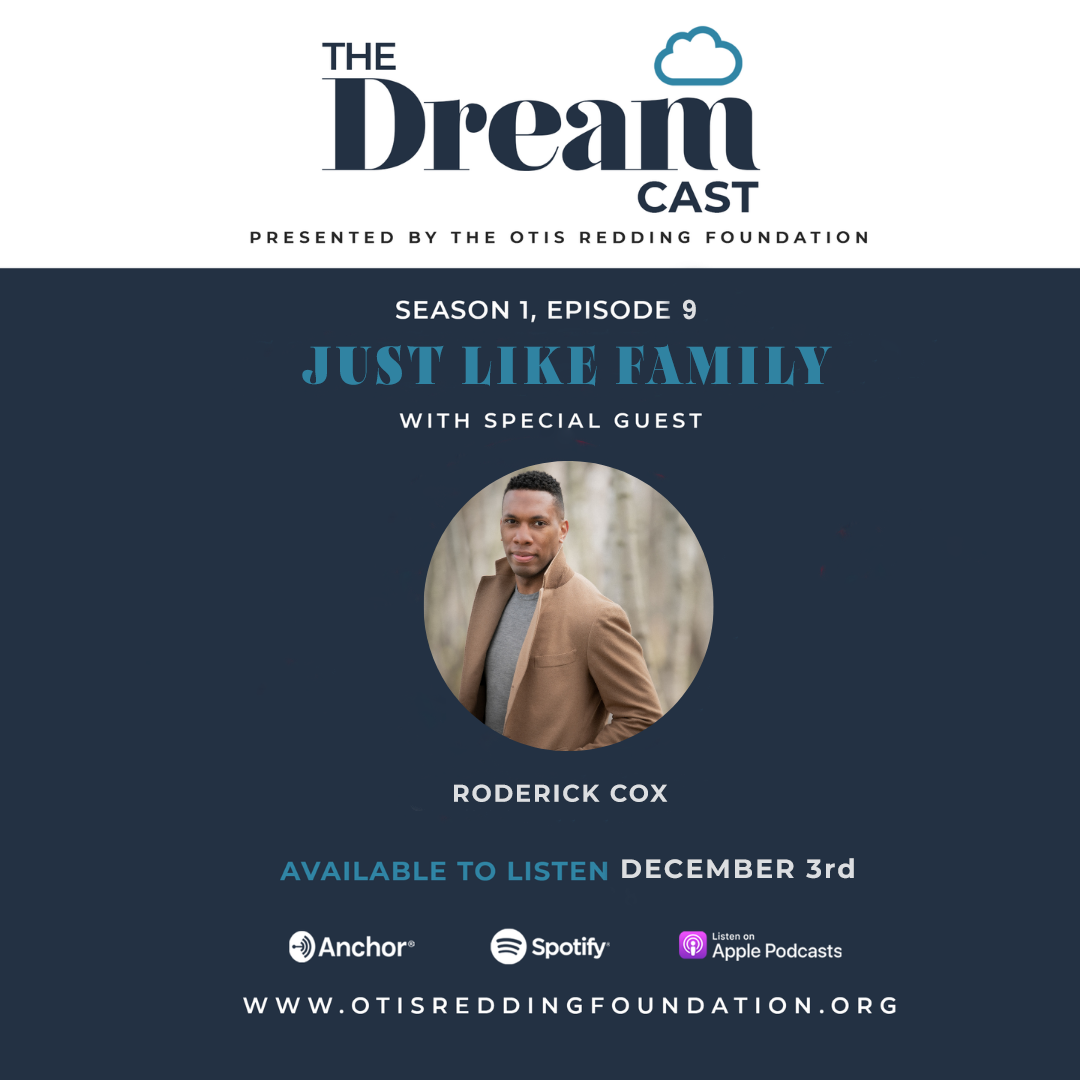 Cox credits the Foundation for its role in his success

MACON, GA- Berlin-based conductor Conductor Roderick Cox, who was born in Macon, Ga., spoke to the Otis Redding Foundation’s DREAMcast for an episode premiering on Thursday, December 3 on all podcast platforms.

Cox received support from Zelma Redding, Karla Redding-Andrews, and the Foundation.  The relationship began with his involvement with the Boys and Girls Club of Central Georgia and continued with his admittance to Columbus State University’s Schwob School of Music. Upon graduation, Cox made the decision to pursue a master’s degree from Northwestern University’s Bienen School of Music, with a concentration in conducting. Mrs. Zelma Redding committed to provide continual support for studies plus abroad in Oxford, England, the Czech Republic, Italy and dozens of other areas to study.

“I was a shy kid who grew up in a single-parent household in Macon, GA and becoming a conductor of a world-class orchestra never crossed my mind,” says Cox. “Somehow, music found me anyway where I was and brought me where I am today. I can say I have been to many corners of the earth, studied with some of the best teachers, and conducted many of the finest orchestras in the world. All it took to achieve these heights was a dream, large amounts of hard work and support from the Reddings and their Foundation to place their belief in me.”

“In conversations with Roderick, we could feel his passion for artistry,” says Mrs. Zelma Redding. “I often looked back at my husband and thought, ‘What if he wasn’t given a chance?’ Therefore Karla and I knew that through the Foundation we should help him in any way possible to follow his dreams.”

Winner of the 2018 Sir Georg Solti Conducting Award by the U.S Solti Foundation, Berlin-based American conductor Roderick Cox has been praised as a conductor who is “paving the way” (NBC News) and recognized as a “trailblazer…a conductor who will be amongst the vanguard” (Minnesota StarTribune). Cox has gained international attention for recent appearances with the Los Angeles Philharmonic, Cleveland Orchestra, Houston Grand Opera, and Philharmonia Orchestra (London). More press on Roderick Cox is available HERE.