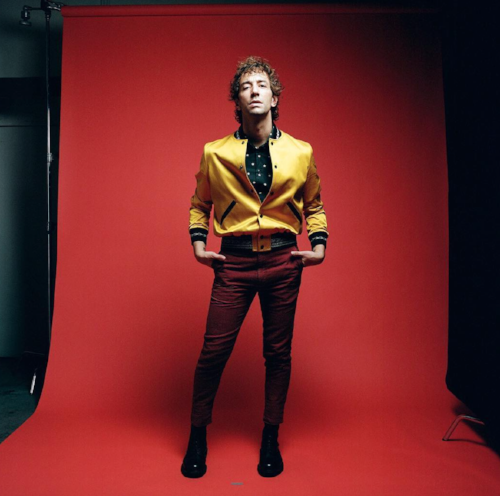 Tuesday, November 13, 2018—Today, Reverb.com, the leading online marketplace dedicated to buying and selling music gear, announced that it has partnered with Albert Hammond Jr. to auction off amps used throughout his career as lead guitarist for The Strokes and as a solo artist. In coordination with Reverb Gives—Reverb’s charitable initiative dedicated to getting musical instruments into the hands of students who need them—proceeds from The Albert Hammond Jr Reverb Charity Auction will benefit The Otis Redding Foundation, Girls Rock Santa Barbara, and Brooklyn United.

“These amps have been played on early Strokes albums and all over the world—two of them as recently as last year, when we played Lollapalooza Argentina in front of 90,000 people,” said Hammond, who recently switched from his Fender Blues Deville amps to Fender Deluxe Reverb amps. Of the Blues Deville’s he selling, Hammond says, “They’re incredible, well-made amps, so I’m excited to get them into the hands of other musicians and to use the money to put music gear into the hands of students who need them.”

The Albert Hammond Jr Reverb Charity Auction will include eight amps used throughout Hammond’s career, including:

Hammond joins a growing number of artists—including Dave Grohl, Moby, and Linkin Park—who have partnered with Reverb to sell or auction music gear for charity. Note that Reverb only hosts auctions on the rare occasion that the team deems items truly one-of-a-kind.

A portion of every sale made on music gear marketplace Reverb.com goes to Reverb Gives, an initiative dedicated to getting musical instruments into the hands of students who need them. Through Reverb Gives, selected music programs, nonprofits, and organizations are gifted money to purchase the instruments they need for their students directly from sellers on Reverb. To date, Reverb Gives has awarded more than $135,000 to music education organizations all over the world, with a goal of gifting $500,000 in the next year. To learn more about Reverb Gives, visit www.reverbgives.com.

Reverb.com is the online marketplace to buy and sell new, used, and vintage music gear. Since launching in 2013, Reverb has grown into the most popular music gear website in the world, with total sales on the platform surpassing $1 billion and more than 10 million musicians and music lovers around the world visiting the website each month. A portion of each sale on Reverb goes to Reverb Gives, which provides teachers, instructors, and leaders of music programs across the nation with the instruments they need. Reverb also recently launched Reverb LP, an online marketplace for buying and selling records and other physical music. Visit www.reverb.com or download the mobile app: https://reverb.com/page/reverb-app.