LOS ANGELES – Princess Cruises, Playing For Change, and the Estate of Otis Redding have teamed up to produce a new video to celebrate the 50th anniversary of Otis’ iconic hit “(Sittin’ On) The Dock of the Bay.” The newest addition to Playing For Change’s “Songs Around The World” series, the all-star track features Jack Johnson, Corinne Bailey Rae, Aloe Blacc, Dexter and Otis Redding III, James Gadson, Louis Mhlanga, the students from the Otis Redding Foundation Music Camp, Claire Finley, Irie Love, Mar Sanchez, and the Rass Brass Extension.

Proceeds from the video, which will be available on YouTube and screened on board Princess Cruises’ fleet of cruise ships for a limited time, will benefit the Otis Redding Foundation and the Playing For Change Foundation. Both organizations support youth empowerment through music education.

“We are so thrilled to get to share the fruits of this partnership with the world,” says Zelma Redding, president of the Otis Redding Foundation, and widow of Otis Redding. “This was a wonderful way to
celebrate 50 years of “(Sittin’ On The) Dock Of The Bay,” and certainly an appropriate and heart-warming way to honor and remember the legacy of my husband.”

“This was also an incredible opportunity for our students to travel and experience what it is like to work in this aspect of the music industry and explore the inner workings of a world-class cruise liner,” added Karla Redding-Andrews, vice president and executive director of the Otis Redding-Foundation, and daughter of Otis Redding. “I am also excited to have the work of the Otis Redding Foundation get new
exposure with the Playing For Change audience and Princess Cruise guests, and I hope that our mission of empowering, enriching, and motivating all young people through programs involving music,
writing and instrumentation will resonate with all our new fans!”

“(Sittin’ On) The Dock of the Bay” was the 6th most played track of the 20th century. It is, without a doubt, one of the most beloved songs of all time, streamed over 200 million times. It was the first song in pop music history to reach #1 posthumously on the Billboard Hot 100 and R&B charts.

“It’s the honor of our lives to collaborate with the Otis Redding Foundation to celebrate the 50th Anniversary of ‘(Sittin’ On) The Dock of the Bay.’ This song has no boundaries and lives forever in the hearts and souls of everyone who listens,” says Mark Johnson, co-founder of Playing For Change and the director of the video.

“(Sittin’ On) The Dock of the Bay” is one of the most requested songs by guests enjoying their vacation onboard Princess Cruises. This video celebrates music around the world and the inspirational power of our oceans — ideals that are important to us,” said Gordon Ho, Princess Cruises Chief Marketing Officer. “We’re especially delighted to support music education for youths, some of whom may perform one day on Princess ships.”

The video will be released on the Playing For Change YouTube Channel at 12 p.m. PST on Monday, December 17. Fans can visit www.youtube.com/playingforchange to subscribe prior to the premiere.

The release caps off a banner year for the song and for Otis Redding. The 50th Anniversary celebration launched in January with a celebrity-filled tribute show at the Apollo Theater during Grammy Week. The day and date of the release was commemorated with a limited-edition gold 7” vinyl release of the original single. It continued with the release of the Dock of the Bay Sessions, promoted by Rhino Entertainment, in May. Special, limited-edition 50th anniversary merchandise was released throughout the year. The release of the “(Sittin’ On) The Dock of the Bay” Song Around The World is the last gift closing out a monumental year recognizing the illustrious hit.

ABOUT THE OTIS REDDING FOUNDATION: The Otis Redding Foundation’s mission is to empower, enrich, and motivate all young people through programs involving music, writing and instrumentation. Each partnership and program sponsored since its inception in 2007 supports the philanthropic commitment of Otis Redding to empower and enlighten all young people to fulfill their dreams. For more information, please visit www.otisreddingfoundation.org

ABOUT PLAYING FOR CHANGE: Playing For Change is a movement created to inspire and connect the world through music, born from the shared belief that music has the power to break down boundaries and overcome distances between people. PFC spreads their positive message for humanity to millions of people through inspiring multicultural music videos, a live global touring band and a 501c3 foundation supporting music education around the world. For more information, please visit www.playingforchange.com

ABOUT PRINCESS CRUISES: One of the best-known names in cruising, Princess Cruises first set sail in 1965 with a single ship cruising to Mexico. Today, the line has grown to become the third largest cruise line in the world, renowned for innovative ships, an array of onboard options, and an environment of exceptional customer service. A recognized leader in worldwide cruising, Princess offers approximately 1.7 million passengers each year the opportunity to escape to the top destinations around the globe, aboard a fleet of 18 modern vessels.

Princess Cruises was catapulted to stardom in 1977 when one of its ships, Pacific Princess, was cast in a starring role on a new television show called “The Love Boat.” The weekly series, which introduced millions of viewers to the concept of a sea-going vacation, was an instant hit and both the company name and its “seawitch” logo have remained synonymous with cruising ever since. The show, which can still be seen around the world, has been widely credited with fueling the dramatic expansion of the industry. 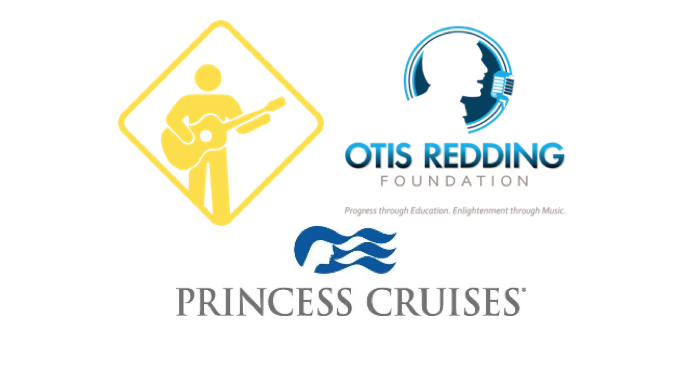